In an interview, the famous Italian Di Canio said bluntly that he believes that Conte and Eriksson are two different people at all. He said that the two have completely different personalities and tactical views. 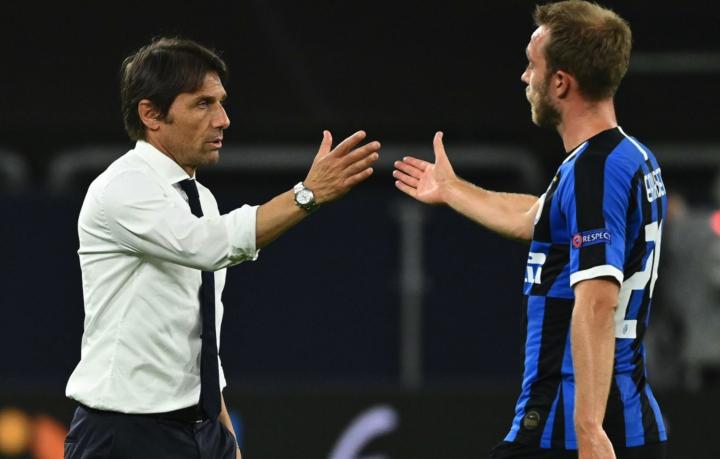 After switching to Inter Milan from Tottenham in January this year, Eriksson has never really integrated into Conte's tactical system. Recently, the Danish star also hinted at his dissatisfaction with the substitute role in an interview.

"Eriksson and Conte are basically two passers-by. From personality to tactical point of view, they are completely different." Di Canio said.

"Eriksson would do something like a heel pass. That's another style of football, and Conte would definitely not allow him to do that. Eriksson is also the kind of person who doesn’t show his emotions, no matter what Whether he wins 4-0 or loses 0-4, he looks the same."

"Conte is the kind of coach who is easily excited and passionate. He is crazy in every aspect. He even asks his players about their sex lives."

Conte bluntly said in an interview last November that he advised his players to spend less time on the bed to reduce the impact on the state.