Under the influence of the epidemic, national leagues and international competitions have been suspended and postponed. However, these are only appearances, and the economic losses behind them are the most damaging. 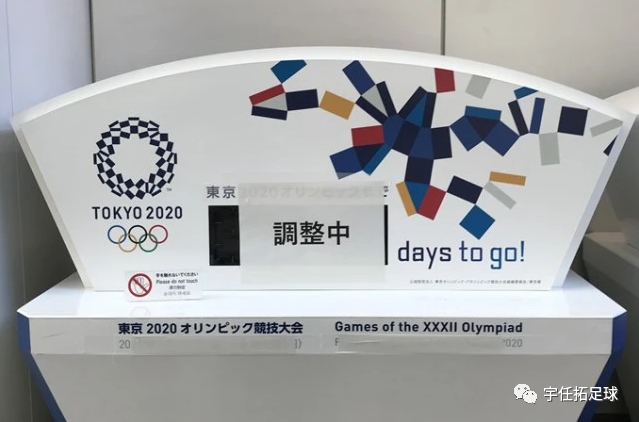 Because of the lack of tickets and broadcast income, news of professional teams considering pay cuts and no pay has been constantly mentioned. At the grassroots level of the football pyramid, domestic youth training institutions also face the problem of having no source of income but also having to bear expenditures and the passive loss of talents. The predicament of social youth training funds and manpower has been infinitely magnified in a special period. 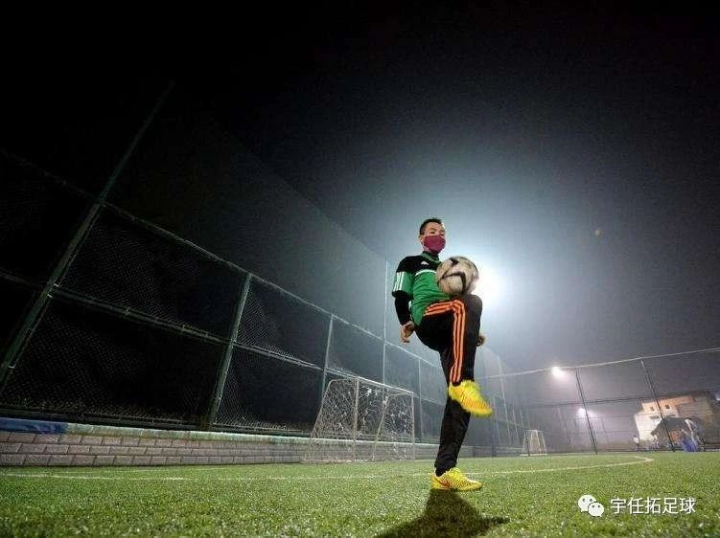 Since becoming a pilot city for football reform in 2012, Chengdu football youth training has been on the rise. In addition to the Second Youth League winning three golds and two silvers, many people were selected for national titles at all levels, and many high-quality youth training institutions have also emerged from the private sector. In conjunction with Chengdu, it is vigorously building a city of sports events and being selected as the host city of the Asian Cup. The degree of recognition is getting higher and higher, but the sudden epidemic has left the entire industry in a mess. 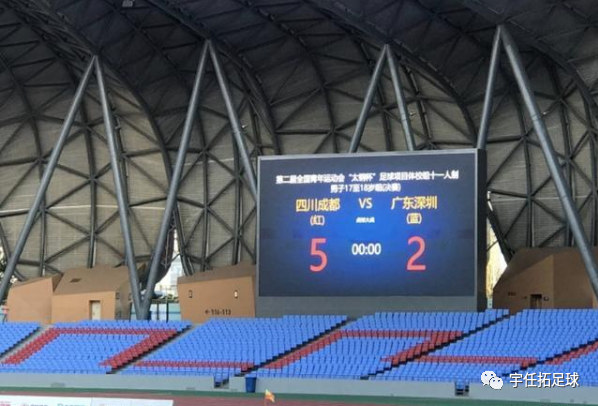 The first problem is the rent of the venue. The single-course rent of Chengdu Stadium is 400 yuan for 5 people, 650 yuan for 8 people, and 1000 yuan for 11 people; the youth training institutions are mainly rented for 5 people. Based on 10 lessons per week, it will be close to 20 a year. Ten thousand, if it is a one-time payment of the annual fee, the pressure of idle venues can be imagined. Chen Gui, the person in charge of Chengdu Hengsheng, said that in the two training venues of the club, the system of charging and canceling the card is implemented, and the pressure is slightly less. Income and expenses are maintained by the company and shareholders by their own blood transfusions. 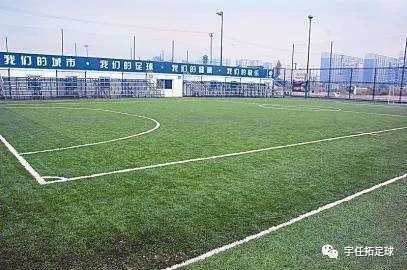 The team salary is also a huge burden. Instructor Yang, the head of Chengdu Xingyaocheng Youth Training, said that despite the difficulties, he still insisted on paying wages and social security. “There are more than ten people in the team, and the biggest expense is also in this section. Let the team feel at ease and not worry about livelihood because of the epidemic!”

The basic salary of grassroots youth training personnel is 2000-3000 yuan/month. Under normal circumstances, plus class fees, it is usually 5000 or 6000 yuan. The new season can be higher. A medium-sized team of 20 people only pays a basic salary of about 60,000 yuan per month; for an organization with a certain foundation, it may be a school district and 200 students who study a course of 100 yuan, and the income is almost the same in a month. Payroll. With zero income, organizations and employees are struggling, and basic living security is affected, but everyone did not give up easily.

Director Hao, the head of Chengdu Rama Youth Training, said that in addition to the current difficulties caused by the epidemic, it has a great impact on the club’s original summer training competition plan this year. The team is also actively exploring new routes to deal with emergencies. . For coaches who are used to being on the training ground, the first challenge is to try online teaching. 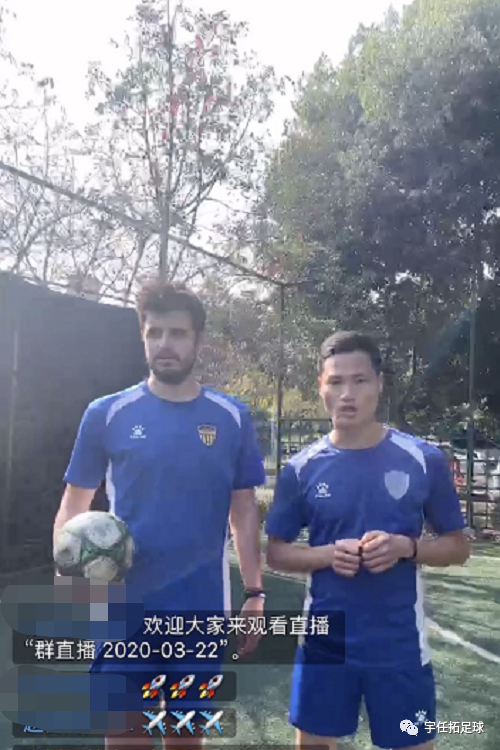 It is inherently difficult for PE teachers to take online lessons, not to mention team sports like football. During the whole live broadcast trial process, in order to ensure the effect of the online class, everyone was equipped with a new skill pack, how to improve their camera sense, how to interact with students in front of the camera; after some tossing down the online class, I still gained something. Little recognition, everyone laughs at themselves as the new 18-line "net celebrity." 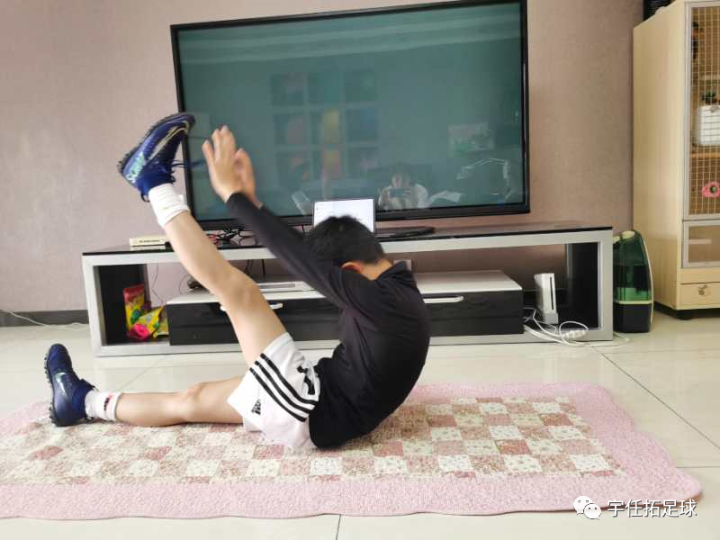 The second challenge is that everyone is naturally shy in their pockets, wages are going to fall, and car loans and mortgages have not. Coach Zhao from Rama is very grateful to his team: “Now everyone gets a basic salary every month, and some people can’t afford to pay the rent. But in this case, no one left, they are still insisting on life. The difficulties in China can be overcome, and I hope that my colleagues in Europe are safe and return as soon as possible." 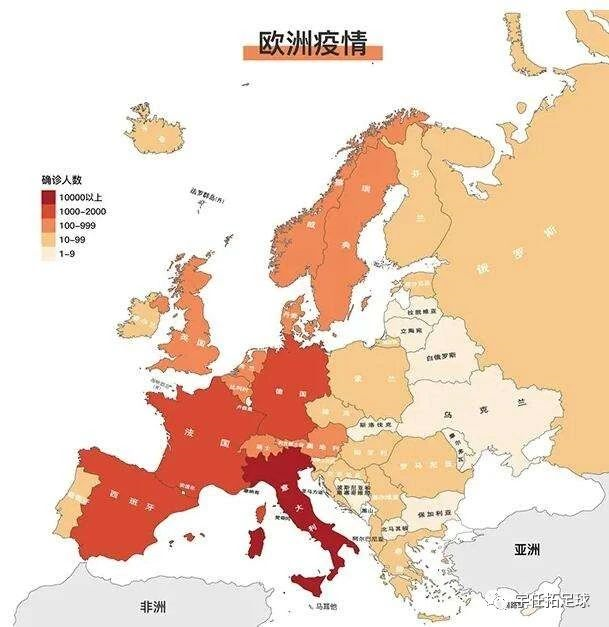 Coach Zhou of Chengdu Hengsheng thanked his family for their support: "The family members are all fans, so I still support my career at this time. Most of our coaches are locals in Chengdu, so there is no large-scale resignation. The situation is that during the epidemic, we are staying with my family and helping each other financially. Compared with other foreign coaches who have to bear the rent and living expenses, most of our local coaches are much better." After the interview, the coaches want to say something to their players: "After the epidemic, your master is still here waiting for you!"

Although the epidemic has been controlled to a certain extent, the prospects after the resumption of classes are not optimistic. In addition to a large number of make-up classes that affect new recruits, they may also face student loss. Instructor Xing Yaocheng Yang said: "Some team members are here to cultivate hobbies. In the long-term home life, it is inevitable to slack off, reduce enthusiasm, lower self-demand, and now there are too many new things that children are exposed to, and it is easy to be distracted! 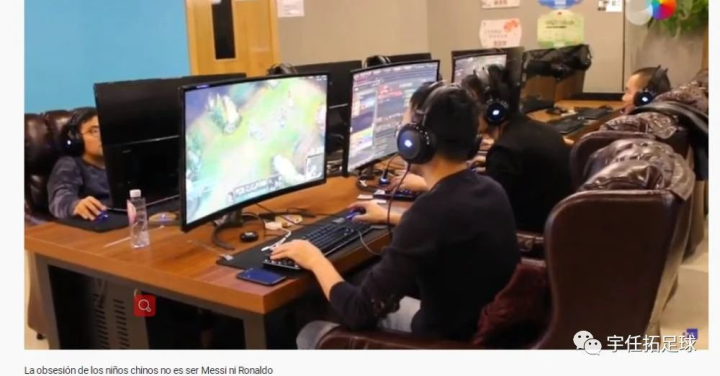 Secondly, there is a very important point, after all, football still has to give way to cultural classes.

Although the school start time has been set, it cannot be equated with recovery training. During this period of time, the effect of online cultural classes is not ideal. After the school starts, they will probably work overtime and make up lessons. Children will not have too much time after class.

Especially for players who face a small promotion, their training career is likely to come to an end temporarily. After all, the main body of the folk youth training is elementary school students, and it is difficult for junior high school to squeeze out time. Director Yang sighed: , The training stopped, the time will not stop, and there is not much time left for them in elementary school!" 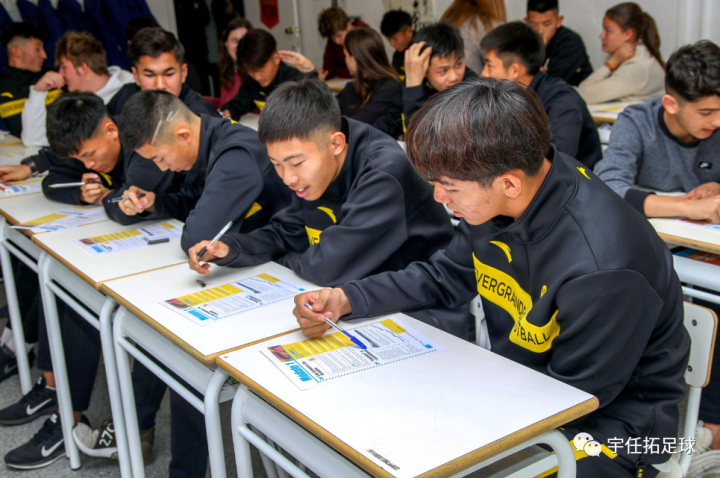 As a new first-tier city in the economy, and the sports industry as a key development target for Chengdu, youth training institutions are still so difficult, so the survival of institutions in second- and third-tier cities is bound to be even more difficult. This is already a nationwide problem.

According to reports, the youth training organization of former national footballer Sun Ji may have zero income in half a year. It should be noted that Sun Ji's youth training is of considerable scale, but the impact is even more serious. This is also a common phenomenon. Large and medium-sized institutions have higher requirements for manpower and hardware, which are more difficult than small-scale training courses. 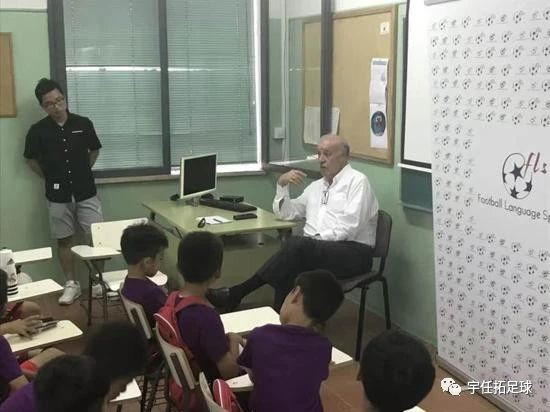 After the recovery of the football market, everyone wants to divide the pie of youth training. Many small clubs without formal qualifications recruit college students to do part-time jobs, and then have a few foreign students who can play football to advertise, which can make quick money. 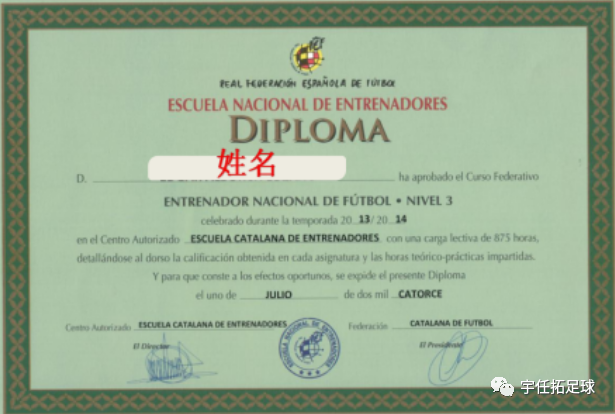 When there is an uncontrollable situation, the "coaching team" can be dismissed immediately, without considering financial subsidies; because there is no long-term consideration, the office is at home, and the space is temporarily rented if there is demand, and naturally there will be no loss. This is a way of survival, but it is not the development path that Chinese football needs. 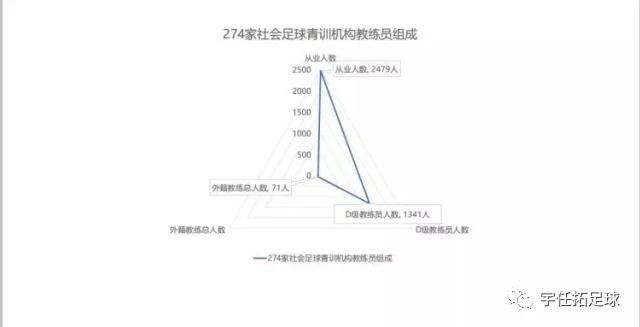 Although the anti-epidemic has seen the dawn, for the youth training industry, the real test is just around the corner. In the short term, society's attitude towards group movements will determine their fate. But this may be an opportunity for the youth training market to shuffle. After the epidemic, the institutions that remained were all

The Shanghai Sports Bureau previously issued the "Notice on Fully Supporting the Stable Development of the City's Sports Enterprises in Fighting Against the Epidemic", and through 12 measures including rent reduction and exemption to promote the resumption of work and production of Shanghai sports enterprises, and overcome difficulties; including Shaoxing, Shanxi and other places Similar policies. In the context of Chengdu's vigorous development of the sports industry, it is also very necessary to consider introducing relevant policies to stabilize the grassroots construction. 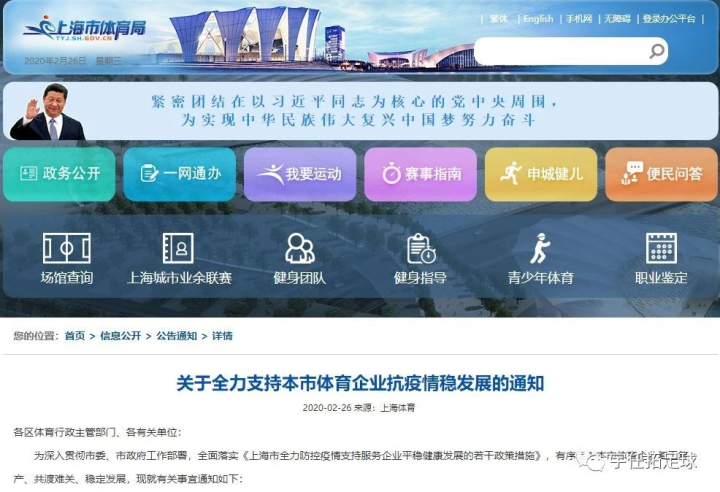 According to Bao Mingxiao, director of the China Sports Economic Research Center and director of the China Sports Policy Research Institute, the sports training industry is basically facing a quarter (from February to April) with expenditures and no income. After the epidemic, companies There will be opportunities for consumption restoration and even retaliatory growth to a certain extent, which can hedge some losses, but it is still difficult to achieve a full-year turnaround. Moreover, the premise is that these companies will survive the epidemic until the day the sun rises. 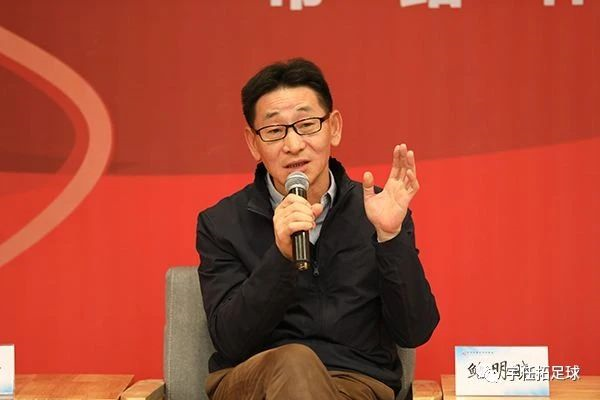 The perseverance of the grassroots youth training should be seen by every footballer, hoping that this love can accompany Chinese football out of this difficulty.