Wu Lei was diagnosed with new crown pneumonia. This is news that no one wants to see. As a leading figure in Chinese football at this stage, Wu Lei's every move in distant Iberia affects the hearts of Chinese fans. But in such an incident where public opinion was supposed to be highly consistent, there were voices of abuse and defamation. 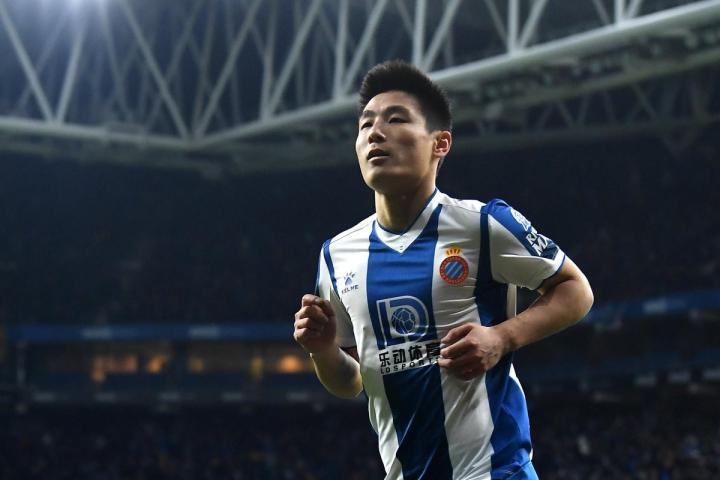 In the early morning of March 21, news that Wu Lei had contracted new coronary pneumonia quickly spread on Weibo. Because Weibo is an extremely open platform for the whole people, such a player on the hot search will inevitably attract the attention and comments of all kinds of people. But among them, a Weibo is very eye-catching.

A female fan of Wang Yibo (some people say it is Xiao Zhan, but I don’t do too much research here) blogged with the theme: Wu Lei, a Spanish, even changed their nationality, where were you when China was in crisis ? This kind of Chinese should not return home. 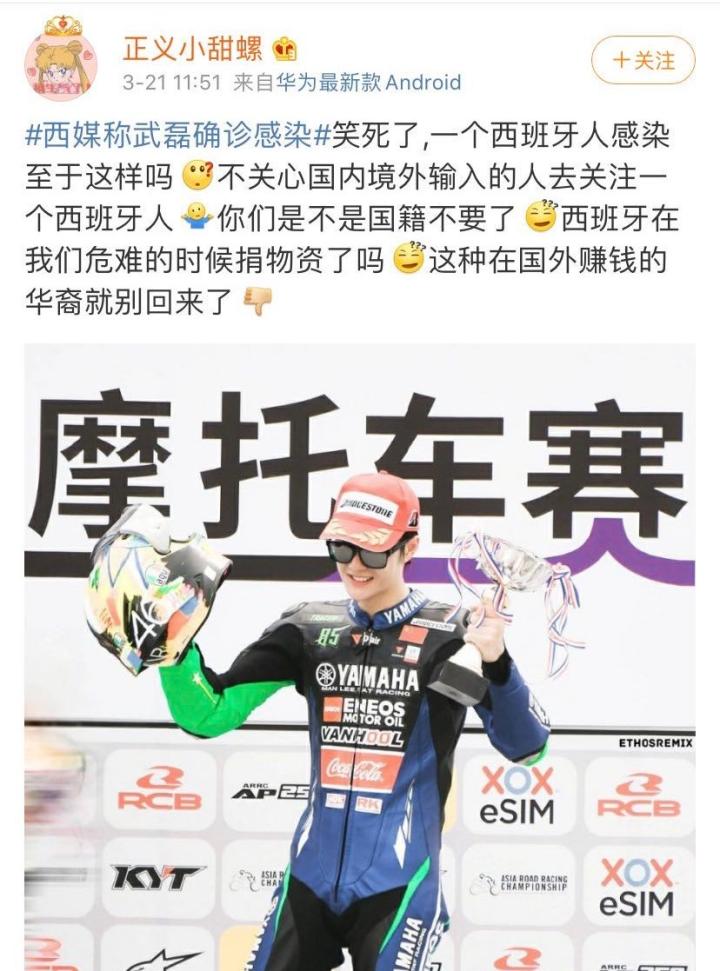 There are still many people who follow suit: If you are not building a country, you will be the fastest to poison you. 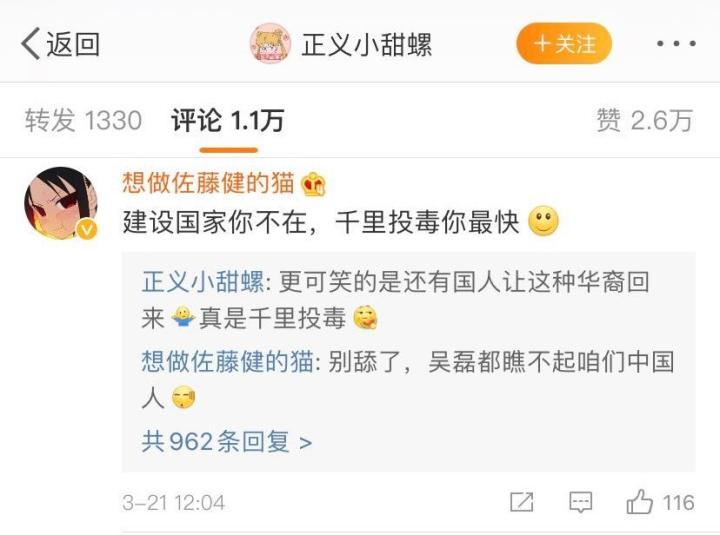 Of course, this will arouse the outrage of Chinese fans who care about Wu Lei, so a battle between football and entertainment circles started on Weibo. After a flurry of "blood and blood", the real justice party-the Avengers league formed by football fans won a lot. With a complete victory, the battle ended with the ban on "Justice Snail".

In this incident, these brainless remarks and "brain fans" that vilified Wu Lei were not cleansed. In this way, indiscriminate malicious words, personal attacks, and indecent abuse towards others are immoral and should be condemned! But if you think about it carefully, it's actually very simple: they don't understand football, let alone Wu Lei.

An important reason for the misunderstanding is the team name of Wu Lei's team-the Spaniard. Spaniard Wu Lei, Spaniard player Wu Lei, these titles make those who don’t understand the ball really easy to understand that "Wu Lei is a Spaniard" and then there have been some prejudices against Chinese football, usually playing Douyin. Friends should have a deep understanding of the Chinese football's assessment on the domestic Internet.

But ignorance of Chinese football and ignorance of Wu Lei is definitely not a reason for you to speak out! You don't understand football, and you can't make comments at will! Not to mention malicious smear!

However, if you go deeper and think, "Don’t come back to those Chinese who make money abroad", "If you are not in the construction of the motherland, you will be the fastest to poison you thousands of miles", "You can’t build your hometown, and you will be the number one in poisoning thousands of miles." , Are these remarks particularly familiar? These are the most popular sentences on major domestic social platforms in the past two weeks!

Who are these words being used for: overseas students, overseas Chinese, Chinese descent.

Why would anyone use these words to mock them? Because China has finally "cleared" domestic cases, and is vigorously preventing imported cases. At this point, you ran back one by one. Isn't this adding chaos to the motherland? You think that the foreign Moon Yuan ran out and enjoyed it, and now you know that it ran back when it was messed up outside!

But please calm down and think about these remarks. Isn't the truth the same as that of those brain-dead fans who abused Wu Lei? Still the same sentence: If you don't understand him, please don't abuse him!

Just imagine, if your relative or friend is an overseas student or Chinese living overseas, would you send him a text message, make a phone call, and give him the most timely greeting when the epidemic is raging around the world? Would you persuade him to return to the safest motherland at this dangerous time? I think the answer must be "Yes."

It is by no means a “traitor” behavior for international students and Chinese to go abroad for further study and hard work. We have ridiculed the stupidity of the Qing dynasty in retreating the country countless times. Why do we still think that as long as we go abroad, we are not patriotic? Even those people with lofty ideals in the late Qing Dynasty understood that "learning from the barbarians to develop skills to control barbarians." Don't international students study abroad for the purpose of acquiring more knowledge and better skills? How much benefit did those Chinese who went abroad to work and start their own businesses brought to China's import and export industry and China's cultural promotion? You may not know these things well. Since you don't understand, please don't abuse them at will. 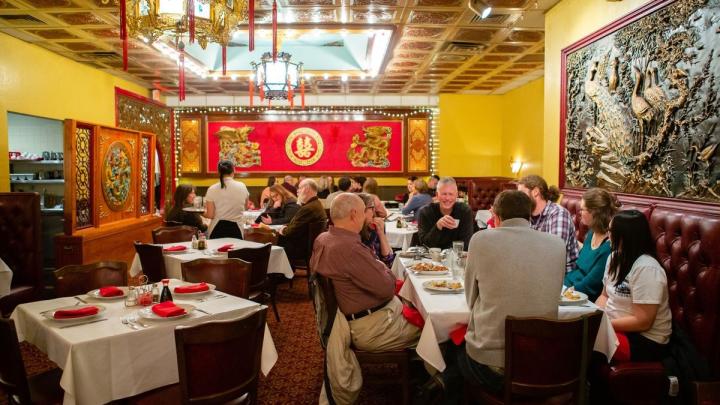 You will have a feeling after living abroad. The impression of people in other countries of China is largely formed by the Chinese people who get along with them every day. Of course, major events such as China's strong economy and the birth of new technologies will change foreigners' perceptions of China, but most ordinary people's perceptions of Chinese people are formed from their daily lives. Now how many foreigners fall in love with Chinese food (maybe not so authentic), how many people cannot do without the various services provided by the Chinese in their daily lives, and cannot do without the "Made in China" sold by the Chinese. These are not all overseas Chinese. A drop of the result of hard work? 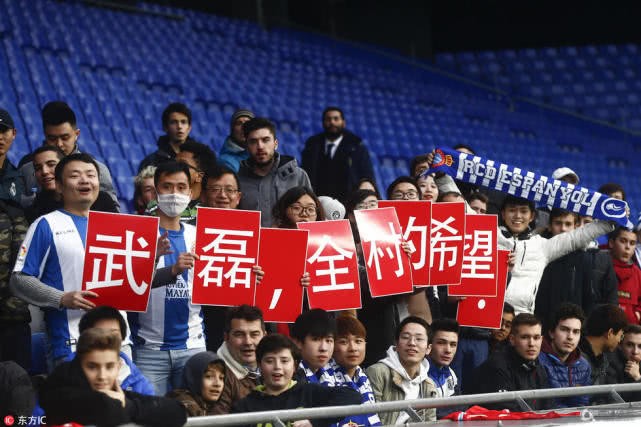 To some extent, Wu Lei is an overseas student of Chinese football. He gave up his high salary at home and went to Spain, thousands of miles away, to learn world-class football knowledge? Wu Lei improved in La Liga and ultimately benefited from Chinese football. Do you still remember our excitement when Wu Lei signed the Spaniard? What our fans have dreamt of these years is to have more Chinese players go overseas to learn the better football in the world, to improve the level of Chinese football, to create a The brand of Chinese football. And in empathy, don’t most of the international students do this in a variety of fields!

Some people have said that when the country was in crisis, I didn't see you overseas Chinese making much contribution to the motherland. Now that the foreign country is in danger, you are back. Is this really the case? When the epidemic situation in Wuhan, Hubei, and China was the most tense, how many overseas Chinese and international students went everywhere to raise, buy masks, and disinfect water and send them back to China by all means. Take a look at the following news, we can't forget their contributions just because China has weathered the storm. 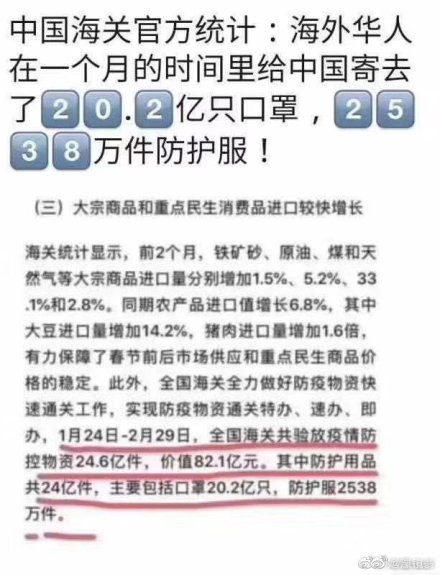 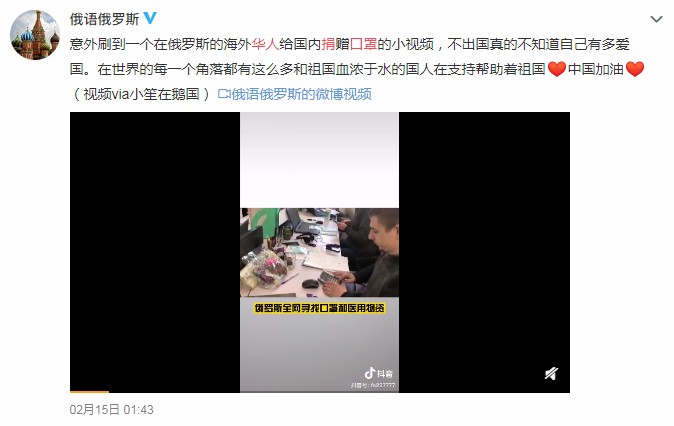 The journey of overseas Chinese back to China is also extremely difficult at this time. A large number of flight cancellations have made it difficult to find a ticket. Various transfers are used to avoid risks. They wear masks and self-made protective clothing for dozens of hours. I certainly don't want to get the virus myself. Going back to China for quarantine and quarantine, in fact, those of us who have experience in home quarantine know that this is not a good feeling, not to mention that most of them have to stay alone for more than ten days. Of course, we will never accept those who do not follow the regulations, conceal information, and cause trouble to others! 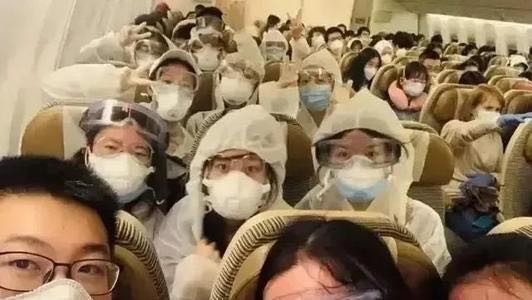 Finally, let’s return to Spain where Wu Lei is located. This country known for its sunshine, coast, food and football is suffering from the epidemic. People there, including Wu Lei and many Chinese, are repeating what we were a month ago. What happened in China. How familiar we are with this country. Those our beloved teams and admired players live there. Who can bear the pandemic worsening?

Not only Spain, but also many countries in Europe, Asia, and the Americas are spreading the epidemic. It is true that they are a little slow to react, and indeed they are a little underestimated. But as people who have come, we cannot just because China has won the first stage of the war. To ridicule those countries and people still suffering from the epidemic. Today, a German friend sent me a message. He was trapped in Honduras and the country blocked the flight. Now he doesn’t know how to get home, and his family is also very worried. As a person, when such a situation happens around us, we should all have empathy and care.

The country is using its own anti-epidemic experience to help countries around the world, sending people to donate and donate, because fighting the epidemic is the world's business, and only by controlling the epidemic on a global scale can everyone be truly safe.

So, if you don’t understand them, please stop your abuse and slander.